The Peak Achievement Trainer® is a patented, state-of-the-art neurovideofeedback™ training system which improves attention and behavior problems in adults and children without using drugs.  Neurovideofeedback™ has distinct advantages over brainwave feedback or EEG brainwave feedback. The PC-based Trainer uses a program called Peak Achievement Training®, which is based on the latest advances in neurovideofeedback™ technology, neuroimaging studies, and NASA and Air Force research on the brainwaves of peak performing B2 bomber instructor pilots. The Training builds on the foundation of this research by helping teach individuals to focus better and more consistently – just as ace B2 bomber pilots do. The research found that these top pilots cycle between focusing intensely and taking brief mentally relaxing “microbreaks”, and that measuring these cycles was the best way to pick the top pilots.  Peak Achievement Training® teaches the user to learn to take these “microbreaks” to recharge their brains, while improving their focusing and relaxation abilities.

The products in the Peak Achievement Training line are described below and in detail here and on the linked pages.

What is neurovideofeedback™ ?
There are two meanings for the word, Neurovideofeedback™.  The first is the ability to control the playback of a DVD or video file by starting and stopping it or making the picture larger or brighter as you succeed.  The second meaning is a method of training the brain to improve itself by letting the user know more clearly what his/her brain is doing from moment to moment, by recording and then showing video and their brainwaves of their actions at the same time. The user learns what they need to do to focus and relax more intensely by following the instructions and using the information from the computer-generated displays and sounds.
How does Focus Training work?
The training challenges a person to focus. It builds on their success over just a few seconds to quickly improve their ability to stay focused. The Trainer detects and analyzes their brainwaves and tells them when they are concentrating and when they are not by changing the sounds they hear from the computer and several displays on the computer screen. The object is to focus on a moving line on the computer screen that represents the user’s focusing level, and to keep the line above a certain level for as long as they can. The more a person learns to focus, the better they are able to control the line on the screen and keep the sound tones at a high pitch. It may be compared to lifting weights to build muscles – focusing training with brainwave feedback strengthens the brain’s ability to focus.
How long does it take?
Training time is rapid. After the initial session, individuals only spend twenty to thirty minutes one to three times a week in self-administered training sessions on their own time. Improvements in focusing and reduced stress are normally seen in only four or five sessions. Most people report that they are more able to focus for a longer time after fewer than ten sessions. The total number of sessions required by most individuals to reach optimum performance averages from twelve to twenty.  If those sessions are tapered off gradually at the end, gains will usually be maintained. After that, occasional maintenance sessions will be a helpful boost. Those who are (or aspire to be) elite athletes will benefit even more from daily practice during the learning and maintenance phases.
How will it benefit trainees?
The potential benefits of Peak Achievement Training® are improved performance in sports, school, work, and everyday life, including:
Sports – helping to find “The Zone” of peak performance, refining athletic skills, sustaining focus on the game, reducing stress and anxiety, eliminating distractions, improving imagery, correcting discipline problems, improving physical fitness and strength training, and faster closed-head injury rehabilitation.
School – paying better attention in class, improving grades, reducing stress to develop better test taking skills, improving memory, calming impulsive behavior, enhancing scores on IQ and performance tests, and improving behavior to help eliminate potential violent situations.
Work – developing better work habits through superior focus, mastering new tasks and material more quickly, bettering accuracy, improving sales performance and business relationships by really learning how to listen to others, decreasing stress and the associated health problems, opening channels of communication for improving employer/employee relationships, and helping to prevent potential violent situations.
Life – enhancing happiness, joy, satisfaction, love, and self-confidence.
How likely is it to improve focus?
Research studies demonstrate significant positive changes using neurofeedback training for a wide array of focus-inhibiting problems: pain, strokes, head injuries, depression and anxiety. There are hundreds of publications in scientific journals that document improvements in concentration, learning, and behavior. In one study, Dr. Joel Lubar at the University of Tennessee found that in over 1,000 students that he trained, the average improvement in grades was 1.5 levels (for example, from a GPA of C- to a B). Their standardized test scores improved by about 2.5 grade levels. A study demonstrating the effectiveness of the Peak Achievement Trainer® has been presented at several scientific meetings.  The official publication of the Association for Applied Psychophysiology and Biofeedback featured an article on achieving excellence through Peak Achievement Training®.
Neurofeedback’s remarkable successes has been reported nationally on ABC’s Good Morning America, CBS’s Eye to Eye, and National Public Radio, as well as a variety of local TV and radio stations across the country. It has also been written about in Newsweek, Psychology Today, Women’s Day, Reader’s Digest, by the Associated Press, and featured in many books, including Jim Robbins’ “A Symphony in the Brain”. The Peak Achievement Trainer’s® particular abilities have been reported in the New York Times Magazine, Reader’s Digest and Fox News. The success of using neurofeedback in a public school system has been covered in Parade Magazine and the New York Times.  Although the FDA presently prohibits us from making any claims or guarantees that it specifically helps particular diseases, but we can claim that it helps people with problems paying attention.
What kind of computer do I need?
This is covered under Computer Requirements.
What is included in each product?
The Peak BrainHappiness Trainer Pro is the deluxe version of the Peak Achievement Trainer, the product we introduced in 1998 for improving Focus and Alertness.  Don’t let its simple but elegant design fool you into thinking its not a professional grade product.  It includes: 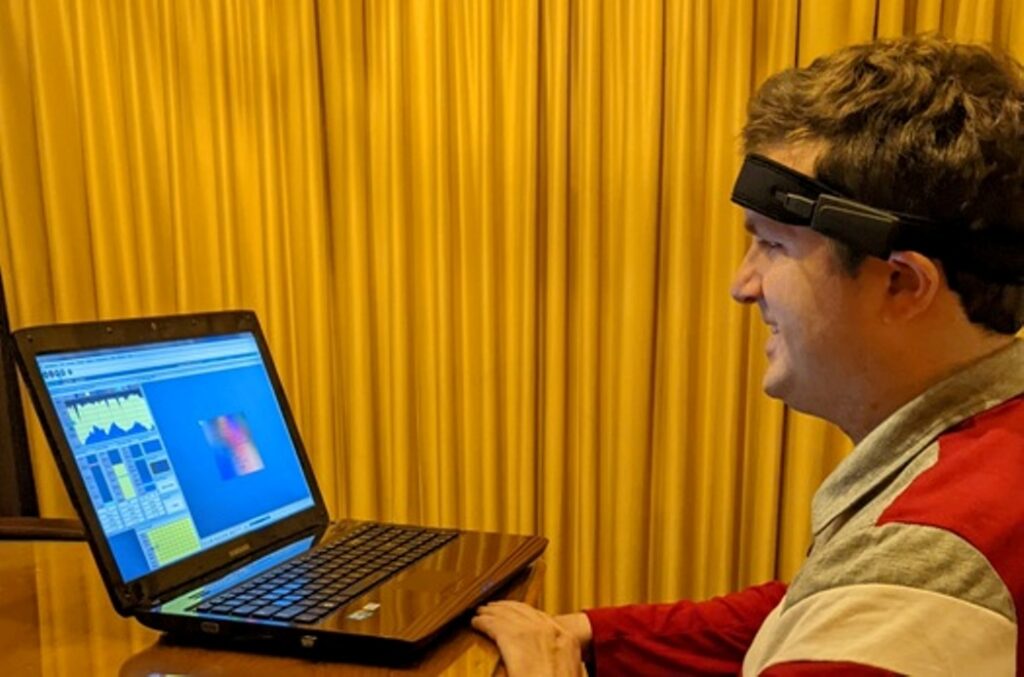 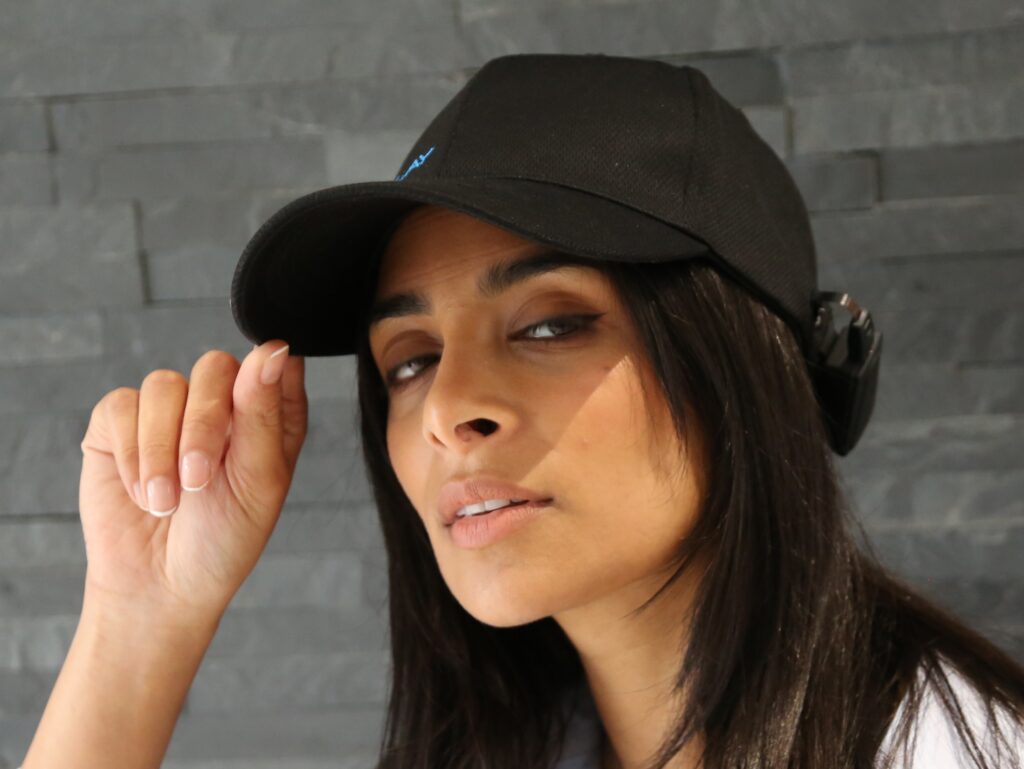 The Mood Elevator is not a stand-alone product, but requires the Peak BrainHappiness Trainer to function.  It includes an additional Manual and 11 software designs.

The Combo Package includes the Manuals, Videos, and Software for all the products, with one Headband and a license for doing only one session at a time.  All the products do not restrict the total number of sessions or trainees.

Prices are available upon inquiring using the form below.
What do I do if I have trouble using it?
Installation is easy with a Manual to guide you through it. The Manual and Workbook for the Peak BrainHappiness Trainer also includes planned lessons on focusing and relaxation.

Staff from Peak Achievement Training®, are available for technical and user support.

Can I return it if I am not satisfied?/Is there a satisfaction guarantee?

We are so confident that you will find the Trainer useful and enjoyable, that we offer an exclusive 6 week return privilege, except when prohibited by the leasing company, if you choose to lease. We want you to give the Trainer a fair chance to show what it can do. We will accept a return within 6 weeks prepaid with all parts in like new condition, provided the 5 lessons in the Manual and Workbook have been completed by the buyer, or the Trainer has been used with 3 or more clients (at least 4 sessions each) in order to give it a fair trial.

We require that at least one child with autistic issues will try the Socialize ACE three times within the first 6 weeks and you will call us twice for coaching before you can return it.  We both want your child to succeed.

We require that one person complete at least 4 sessions totaling at least two hours within the 6 week trial period, and that you will call us twice for coaching before you can return it.

For All Products
Lessons must be recorded (archived) and you must obtain a Return Merchandise Authorization (RMA) number. The products must be functioning like new and in perfect condition. Shipping charges are not refundable. There is a 15 percent return fee on all orders.
What is the equipment warranty?

One year on the electronics and headband if they are not abused.  Be careful when pulling on the Sensor (electrode) wire since it is not warranteed.

How much time is required by a trainer, school aid, or a sports team’s coaching staff?
Very little time–just to get students started and monitor the user’s improved performance.  An office or staff aid, or an academic tutoring center can administer the whole program. Training is done in self-administered twenty to thirty minute sessions on the user’s own time, two or three times a week, and away from any sports practice. The training does not count against their NCAA practice time limitations.
What are the specific benefits?
The long-lasting benefits from our products may include:
Life:
Corporate:
Employee and Sales Representatives:
Athletic:
Academic:
What are the advantages of the Trainers?
Are you ready to have the power to increase your Happiness?

If you need to learn more, please INQUIRE TODAY and get access to Dr. Cowan’s recent Zoom recording describing the Happi Trainer and Happitation, so that you can learn the principles and research behind them. This will also subscribe you to our e-mail list.

You will also receive a special report, ” Understanding and Activating Your Brain’s Pleasure Centers ” . Learn about the relationships of dopamine to reward, pleasure, and addiction.

This website is primarily focused on the Happi Trainer, but it also contains background information on the Peak BrainHappiness Trainer, its predecessor for professionals with 77 designs and the Alertness protocol, which is still available, and other current Peak Achievement products.  As you browse the site, you can find the emphasis of the page by the logo in the upper left corner.
E-mail us: info@peakachievement.com
Our products are educational instruments.
They are not intended to treat or diagnose any disease or disorder, and cannot be used for evaluating advertising or other media.
Copyright © 2020 Happi Trainer. Designed & Developed By: Webliteseo.